She was alone,
In her cabin, with the moon.
The way one is alone with a cat.

From the quantum perspective,

all matter in the universe (multiverse, rather)

is essentially a collection of sound-frequency-vibration.

So to make effective change in the universe,

we must meet it at its base structure,

of our voices to induce awakening.

This is how we rock it.

Go ahead, breathe a deep sign, a long letting go of waiting for Life to sing in colors again, Aaaah . . . letting out our waiting for the danger point to pass. Now we know we’re going to make it! On this day Earth is in balance between dark and light. With luck, the way forward has roots tough enough to make it through to leaf and bloom and fruit this year.

What if . . . ? Do you have the will for spring if ice and snow won’t let up, if climate extremes bring your tower of expectations tumbling down? We are all challenged now to find balance between dark and light, to find a way for Life to win no matter what.

Rebirth magic: Take an egg, dye it red, deepen the color with your womb blood (or energy of your wise crone blood). Go out on the land; ask nature spirit to take your sweet sacrifice and turn it into a medicine blissing for all lands, all peoples everywhere. Bury the egg as a seed of Hope.

“The sea drove me away

—As I hurried up the valley

It added one last yell:-

Kerouac writes Big Sur after the success of his previous book, On the Road, which depicts a cross-country road trip of a group of friends. Not adjusting to his new found fame, he finds he needs to get away from the business of life, the city, and a very active party scene to recluse himself at his friend’s cabin, in Big Sur, California. 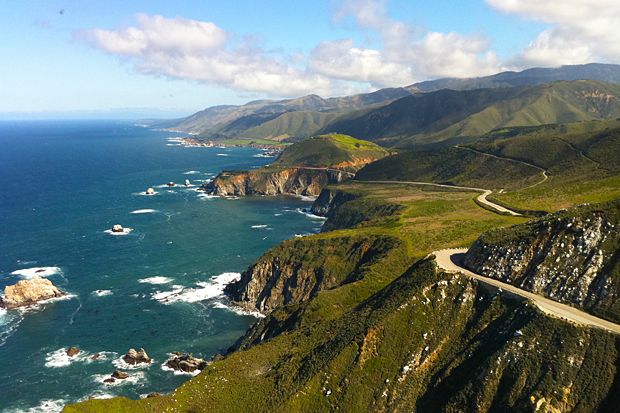 What he doesn’t count on however, is his need to escape himself. Years of binging and an overly imaginative mind is impossible to set aside and this story is his narration of the following few months. Presented as a stream of consciousness with minimal punctuation (as consciousness is I suppose), you’re amazed at the many detours and distractions it takes.

So even that marvellous, long remembrances of life all the time in the world to just sit there or lie there or walk about slowly remembering al the details of life which now because a million lightyears away have taken on the aspect (as they must’ve for Proust i his sealed room) of pleasant mental movies brought up at will and projected for further study—And pleasure—As I imagine God to be doing this very minute, watching his own movie, which is us.

He takes a thought or idea, then shoots off so far from topic you wonder how he’ll ever find his way back or where he’s going, but the beauty of it is, he always does. It always falls together in a strange albeit uncomfortable clarity. The ramblings of a madman and a beautiful mind can sometimes be confused as they are so clearly linked. In reading Big Sur, a certain type of person (myself included) may think, ‘Oh ya, I recognize this. It is both totally mad and completely beautiful…humm, who would have thought’. 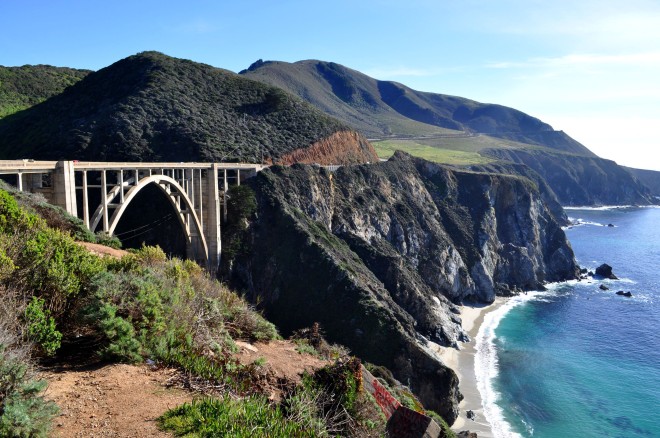 ‘You said in 1957 in the grass drunk on whiskey you were the greatest thinker in the world’—’That was before I fell asleep and woke up: now I realize I’m no good at all and that makes me feel free’

He slips into madness. You know it’s coming both because he tells you as much and because you see the signs. You see it in the mind-tangent that goes a little too far, getting stuck in the darkness just a little too long. You may see it coming because you recognize the patterns in yourself and see right where he’s reached the edge. The place where you normally catch yourself and pull back up for air—except he doesn’t. He not only allows you to join him in his journey down and back out again but invites you to. This, and his other reads, are not for everyone but those who would appreciate it, do so immensely.

A long read but the best…

The world being just what it is, moving and passing through, actually alright in the long view and nothing to complain about—Even the rocks of the valley had earlier rock ancestors, a billion billion years ago, have left no howl of complaint—Neither the bee, or the first sea urchins, or the clam, or the severed paw—All sad So-Is sight of the world, right there in front of my nose as I look,—And looking at that valley in fact I also realize I have to make lunch and it wont be any different than the lunch of those olden men and besides it’ll taste good—Everything is the same, the fog says “We are fog and we fly by dissolving like ephemera,” and the leaves say “We are leaves and we jiggle in the wind, that’s all, we come and go, grow and fall”—Even the paper bags in my garbage it say “We are man-transformed paper bags made out of wood pulp, we are kinda proud of being paper bags as long as that will be possible, but we’ll be mush again with our sisters the leaves come rainy season”—The tree stumps say “We are tree stumps torn out of the ground by men, sometimes by wind, we have big tendrils full of earth that drink out of the earth”—Men say “We are men, we pull out tree stumps, we make paper bags, we think wise thoughts, we make lunch, we look around, we make a great effort to realize everything is the same”—While the sand says “We are sand, we already know” the sea says “We are always come and go, fall and plosh”—The empty blue sky of space says “All this comes back to me, then goes again, and comes back again, then goes again, and I don’t care, it still belongs to me”—The blue sky adds “Don’t call me eternity, call me God if you like, all of you talkers are in paradise: the leaf is paradise, the tree stump is paradise, the paper bag is paradise, the man is paradise, the sand is paradise, the sea is paradise, the man is paradise, the fog is paradise”